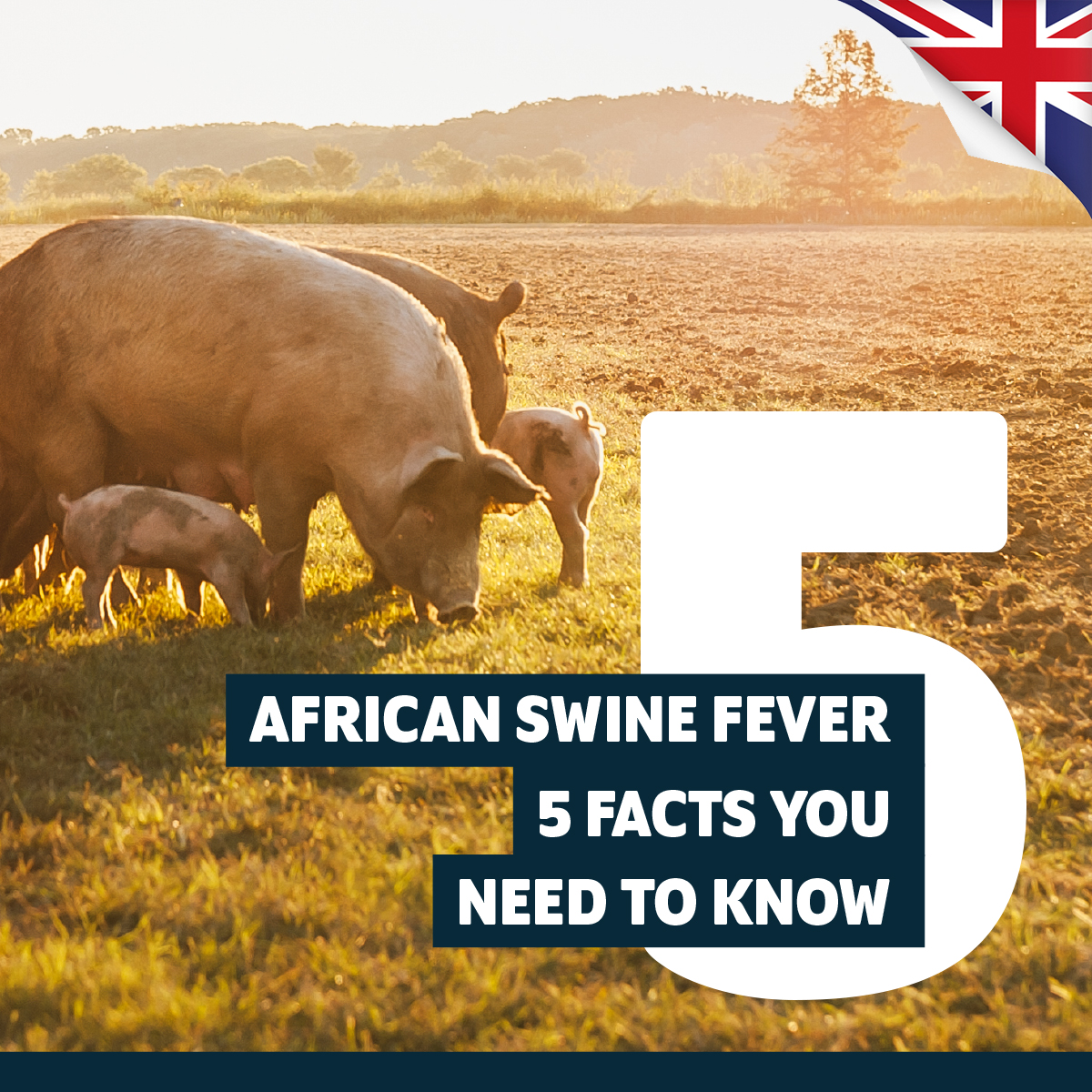 In a world quite rightly focused on Covid-19 another virus is impacting the lives and livelihoods  of people around the world. Without the column inches, other than perhaps in specialist press African Swine Fever (ASF) is having a huge social and economic impact in the affected countries. Present in Asia, Africa and Europe the reason you may not have heard of it might be that it does not make people ill (thankfully), but African Swine Fever is a deadly disease and is devastating the global swine population. The Food and Agriculture Organization of the United Nations (FAO) estimate close to 5 million pigs have been lost to the disease in Asia alone in just the last 12 months. As well as impacting on the economies of countries with ongoing outbreaks, globally affecting prices and the supply of pigs and other interrelated commodities this disease is causing serious animal welfare issues. So, what do we know and what can be done about ASF?

1. Where did African Swine Fever originate?

It is all in the name, African Swine Fever was first identified in wild warthogs in sub-Saharan Africa. It is now considered endemic in this part of the world. Historically outbreaks outside of this region, like those in South America and the Caribbean were quickly eradicated. That is until 2007 when the Africa Swine Fever virus was first introduced to the South Caucasus, the landmass adjoining Eastern Europe and Western Asia. A transboundary disease – being highly contagious with the potential for very rapid spread, irrespective of national borders, it is no surprise that the virus has subsequently spread and been identified in both domesticated pigs and wild boar in Western Europe and throughout SE Asia.

2. What is African Swine Fever?

African Swine Fever is a highly contagious viral disease that affects all ages of both domestic and wild pigs. It is caused by a large DNA virus of the Asfarviridae family. Signs of illness in swine vary and some are similar to other pig diseases, such as classical swine fever. Symptoms include high fever, coughing, decreased appetite, lack of co-ordination and weakness. The animal’s skin may become reddened, blotchy, or have blackened lesions, especially on the ears, tail, and lower legs.

Pigs infected with mild strains may not become ill or show typical clinical signs. Moderately virulent types of the virus produce less intense signs, but mortality can still range from 30% to 70%. Severe cases can lead to death in 2-10 days however, with a mortality rate as high as 100% and sudden death can sometimes be the only sign of infection.

The small proportion of animals that recover from the illness can be carriers of the virus for several months.  ASF is a disease listed in the World Organisation for Animal Health (OIE) Terrestrial Animal Health Code and must be reported to the OIE.

3. How is African Swine Fever transmitted?

The virus is often introduced into a herd via contaminated food products, it can also be spread by ticks from the genus Ornithodoros. Once within the herd it is then easily and quickly spread between pigs via direct contact with an infected animal, its body fluids (nasal, oral, faecal, blood) or tissues (meat). Indirect transmission from contact with contaminated objects, such as equipment, vehicles, footwear and clothing or similar is possible. ASF thrives in warmer temperatures, whilst it becomes less active during winter months, or in colder climates the virus is extremely robust and shows high resistance to environmental conditions and remains infectious over a long storage time either below 0°C or at 4°C .

4. Can humans get African Swine Fever?

There is currently no evidence to suggest humans are susceptible to the ASF virus, although humans can act as a vector for ongoing transmission via contaminated clothing or equipment.

5. How can I protect my herd from African Swine Fever?

The current lack of a vaccine for ASF limits the options for disease control. The fact the virus can spread so easily and quickly; is highly resistant in the environment; has demonstrated resistance to some disinfectants means rigorous biosecurity measures, combined with good hygiene are essential in protecting against disease outbreaks. Measures include:

Pig farmers already face many challenges. The additional risk presented by diseases, like ASF or Swine Vesicular Disease (SVD), Porcine Epidemic Diarrhoea virus (PEDv) and Foot & Mouth Disease (FMD) cannot be underestimated. These infections impact smallholders especially hard, but they can also be devastating for national economies too, potentially incurring years of international trade bans on live pigs or pork meat products.  Biosecurity and hygiene are important to maintain high welfare standards in all areas of pig production. Meanwhile, reducing the persistence of viruses will help to not only maintain the health of the farm, but help reduce operating costs and maintain productivity.

Mirius produces a range of products proven to help prevent and reduce the impact of disease on pigs and their keepers. Our flagship product Omnicide™ has been a world leading biosecurity product for over 30 years and continues to provide the highest levels of protection wherever it is used. It has been independently tested all over the world, proven effective against diseases including African Swine Fever (ASF) or Swine Vesicular Disease (SVD), Porcine Epidemic Diarrhoea virus (PEDv) and Foot & Mouth Disease (FMD)  and the organisms that cause them and is approved by Defra in the UK for notifiable diseases.