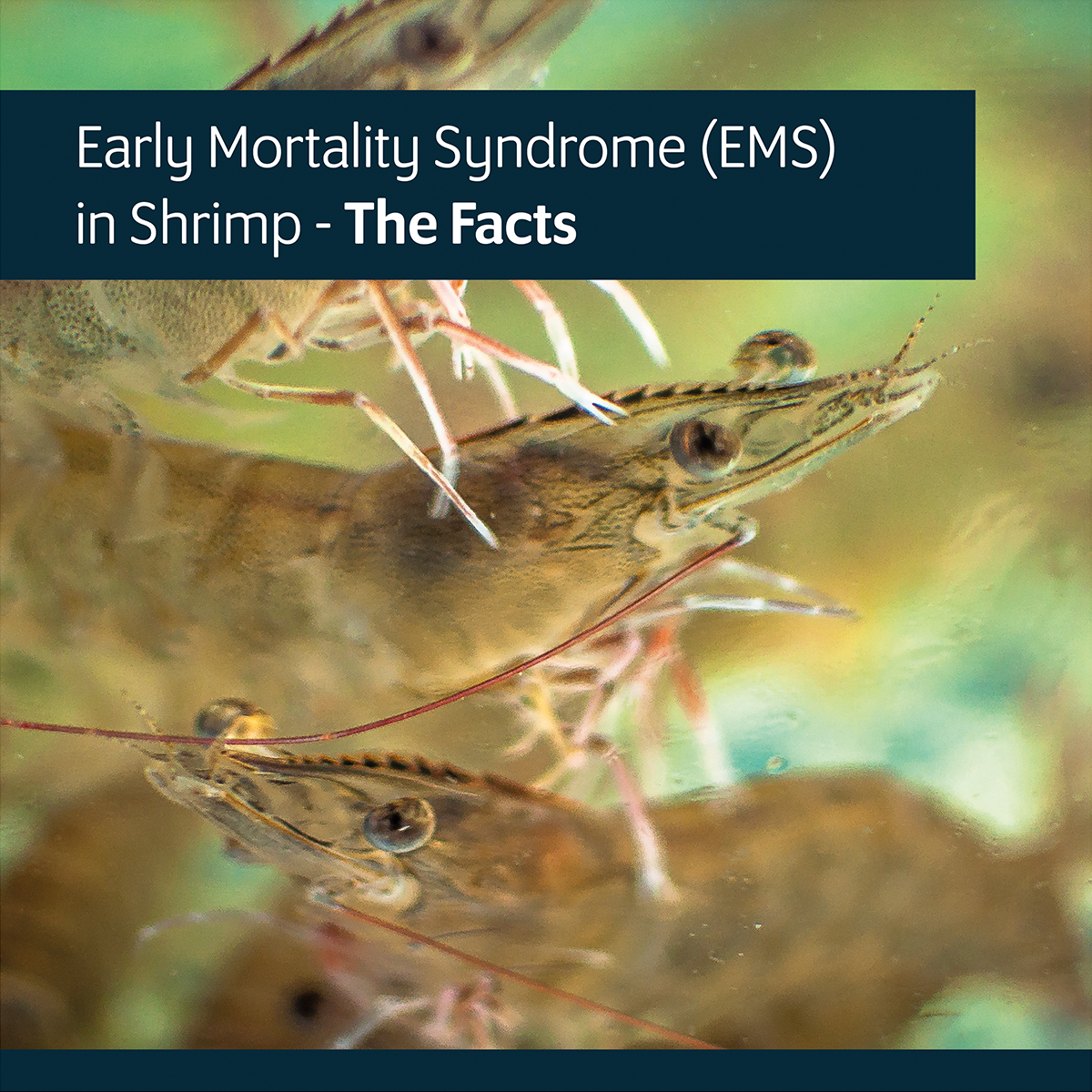 Demand for seafood is on the increase, it is estimated over 154 million tonnes are consumed around the world per annum. Per person, that means we are eating more than double the amount we were 50 years ago. This means average consumption figures per person have increased from just short of 10kg in the 1960s to over 22kg per person, per annum today. This pattern looks unlikely to change and it is predicted that annual global seafood demand could exceed 260 million tonnes by the year 2030.

As a direct consequence our aquatic ecosystems are becoming increasingly depleted, as our oceans are being fished at biologically unsustainable levels. Ocean fisheries simply cannot keep pace with our changing tastes, eating habits and an increased demand from a growing population. It is perhaps no surprise to learn that Aquaculture, the farming of aquatic organisms such as fish, crustaceans and other organisms under controlled conditions is the fastest growing food production system in the world. In fact, more than half of the fish and seafood consumed around the world today comes from such environments.  Like any other intensive farming practice, aquaculture is not without its challenges. One of these is disease, in 2009 a new threat presented itself, one with the potential to devastate the global shrimp farming market. Acute hepatopancreatic necrosis disease (AHPND) or as it is more commonly known Early Mortality Syndrome (EMS) continues to challenge shrimp farmers around the world and threaten their ability to meet the growing demand for their product. But what is it, why does it occur, and can it be prevented?

What is Acute hepatopancreatic necrosis disease (AHPND) or as it is more commonly known Early Mortality Syndrome (EMS)?

Acute Hepatopancreatic Necrosis Disease (AHPND), previously named Early Mortality Syndrome (EMS), is a newly emerging disease in shrimp. It has the potential to cause serious reductions in production and consequently financial losses to the global shrimp aquaculture industry.

Since it was first identified in in China and Viet Nam, it has spread to multiple countries throughout southeast Asia (China, Malaysia, Thailand and the Philippines). It has also been reported as far afield as the USA, South America and Mexico – although latterly the outbreak in Mexico was found to be likely due to imports of infected live shrimp from Asia.

Interestingly, this disease could be better considered a toxicosis – as it is caused by the action of a poison or toxin, rather than an infection.

What are the clinical signs of AHPND?

AHPND is characterised by high mortalities, in many cases reaching 100 per cent within 30-35 days of stocking grow-out ponds. Clinical signs include:

Researchers were initially baffled by what caused AHPND. Whilst there were many hypotheses, such as environmental toxins and infectious agents, studies in these areas failed to identify the likely cause.

The puzzle was finally solved in 2013 by Dr. Loc Tran and his team. Their breakthrough discovery identified that it was caused by a strain of bacterium called Vibrio parahaemolyticus. This was the beginning of addressing perhaps the single largest threat posed to aquaculture by a bacterial pathogen.

Vibrio parahaemolyticus is a unique strain of a relatively common bacterium. When it becomes infected by a virus known as a phage, it to releases a potent toxin. It is this toxin that causes AHPND. This is a very similar phenomenon to the human disease cholera, where again a phage makes the Vibrio cholerae bacterium capable of producing a toxin, which in turn that causes cholera’s life-threatening diarrhoea.

Transmitted orally, it colonises the shrimp’s gastrointestinal tract, which generates the toxins that cause tissue destruction and the malfunction of the shrimp’s digestive organ known as the hepatopancreas. Other non-Parahaemolyticus strains such as V. campbellii, V. harveyi, V. owensii, and V. punensis are also found to contain the same toxic genes and may also cause the disease.

Combined research teams from Kinki University and the National Research Institute of Aquaculture in Japan, have also identified a rise in the pH of pond water as a potential trigger for AHPND. Other contributory factors have been identified in pond fertilizers, water salinity and temperature both of which are considered factors which may promote bacteria proliferation.

Under low biosecurity regimes, the bacterium presents a real challenge to shrimp farmers as it can easily spread between ponds and neighbouring farms via cross contamination vectors such as equipment, shoes/feet, wild animals and effluent.

What is the impact of AHPND within aquaculture?

Aquaculture is an increasingly important source of nutritious and sustainable food for the global population. It is clear, to maintain parity with the global appetite, aquaculture production must increase significantly as expected increases in demand cannot be met by ocean fisheries.

A disease such as AHPND with such a high mortality rate threatens this expectation. It also means the affected shrimp producing countries have experienced a considerable reduction in production and export sales damaging economies and threatening entire communities.

AHPND has been wreaking havoc in Asian shrimp aquaculture for the last 10 years. One of the most affected countries in the region is Thailand, once the second largest shrimp producer in the world after China, pre-AHPND it has now fallen to the sixth spot.

Thai shrimp production shrunk dramatically, by some 50% between 2009 and 2014. Unsurprisingly, the number of farms also decreased, by nearly a quarter over the same period. Another report stated that between 2010–2016, the disease caused financial losses of just under $12 billion in Thailand alone, with the loss of more than 100,000 jobs. Other affected countries have not suffered as much as Thailand, but losses are still significant. In Vietnam, for instance, AHPND has caused $2.56 billion worth of losses since its first emergence in 2011.

In 2013, global production fell to 15% below 2011 levels, at a time when the industry was primed for significant growth.  Many shrimp producing countries affected by AHPND are still recovering from the outbreak and may take many more years to do so. The impact of course is deeper than reductions in output, it also has far reaching socio-economic implications.

Does AHPND affect all shrimp species in aquaculture environments?

AHPND has been reported as having its greatest impact upon the populations of two species of shrimp. L. vannamei – the Whiteleg shrimp, also known as the Pacific white shrimp or King prawn and P. monodon, more commonly known as the giant tiger prawn, Asian tiger, or black tiger shrimp. These are the two most widely cultured shrimp species in the world and an important food source. L. vannamei alone contributes approximately 70% of the global harvest. At threat in the wild (Greenpeace added both species to its seafood red list in 2010) they are farmed because of fast growth rates and tolerance to variations in water quality – despite a susceptibility to disease, in particular it has been discovered AHPND.

Whilst AHPND has also been reported in P. chinensis – the Chinese White Shrimp it is much less widely so. It seems that other species are more resistant or less susceptible to its effects.

Does AHPND present a risk to human health?

Vibrio parahaemolyticus, is a seafood related pathogen and the causative agent of AHPND. It also happens to be zoonotic, meaning that it can threaten both human and aquaculture animal health. Whilst mortality rates are high within aquaculture, the same, thankfully is not true of humans. Consumers are most likely infected by eating contaminated raw seafood leading to gastroenteritis. Whilst workers within Aquaculture can be infected via open wounds.

How can aquaculture manage the threat of AHPND?

There is no quick fix for AHPND. Multiple management solutions are needed that involve breeding, hatchery, feeds and pond management.  This presents a unique challenge to aquaculture. What is required is an effective biosecurity plan, one that follows the fundamental principle that prevention is not just better than the cure, it is always going to be cheaper.

Any biosecurity plan should focus on two guiding principles. The exclusion of pathogens – keeping the causes of disease outside of your farm and secondly countermeasures that eliminate pathogens, should they infiltrate your facility.

Here are some of the best practices for preventing and managing AHPND, covering all steps of production.

Preparation for the production cycle

Good aquaculture practices and improved biosecurity on shrimp farms will not just prevent the introduction and spread of Vibrio parahaemolyticus and but other major shrimp pathogens also.

Over the last 30 years Mirius has developed a range of highly efficacious biosecurity products, including those formulated specifically for use in intensive aquaculture environments. They are proven to be effective against many organisms that can cause significant disease outbreaks, which has such an important role to play in the production of healthy, nutritious, and sustainable food for the global population. We recognise good biosecurity not only improves stock welfare by helping to keep out diseases such as AHPND but also improves productivity. Our products, when deployed can cut the costs associated with disease treatment and reduces losses, which will ultimately improve profitability.